Moving Safety from the Racetrack to the Highway: Keeping Cars Safe with Automotive Plastics

Safety is important for anyone operating a vehicle, but at 200+ mph, it’s especially crucial for racecar drivers. Thus it makes perfect sense that automotive designers are borrowing materials and safety ideas to build safer cars of the future. Specifically, automakers are looking at the ways that carbon reinforced plastic composites (CFRP) have helped keep racecar drivers safe in an attempt to mirror these benefits for the average car. 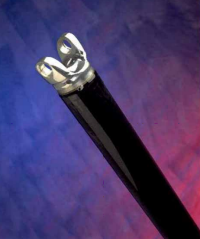 One area where auto designers are borrowing from raceway uses of CRPC is in the drive shaft. Traditionally made of steel, drive shafts could potentially buckle during an accident, posing a serious threat to drivers, cutting through the car floor. However using CFRP for the drive shaft produces a different effect during crashes – known as “brooming” – in which the tightly held fibers burst into smaller fragments away from the resin matrix absorbing energy during impact, posing significantly less danger (similar to crumple zone physics). In fact, CFRP can absorb up to ten times more “crush” energy than steel.

In addition to composite drive shafts, automotive designers are looking to the racing industry’s use of other plastics, like polystyrene foam. Plastic foam and plastic lumber are now used along the cement barriers of a racetrack to absorb the impact of a crash, making fewer accidents fatal. Though seeing crash-absorbing barriers along all highways is unlikely, automakers have found another way to benefit from this racetrack thinking: by filling auto “B” pillars with polyurethane foam (see this video), thereby helping to maintain a car’s structural rigidity in side crashes.

Even at 200 mph, fatalities by race circuit are down to near zero due to the safety of racecar/racetrack enhancements. They’re clearly on to something here, so it makes sense that future automobiles follow suit. We can all be a little safer on the road.