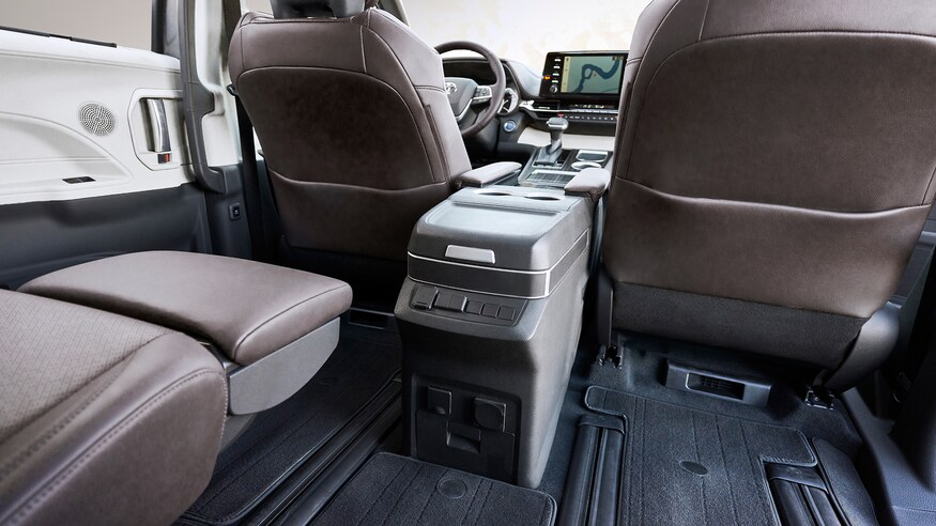 Automotive Plastics – Lightweighting a Minivan, One Seat at a Time 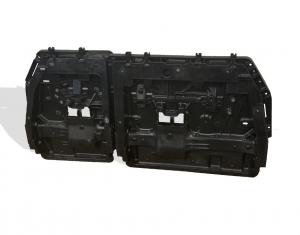 The ability to reduce vehicle weight is one of automotive plastics’ most important benefits. Vehicle lightweighting helps improve energy efficiency and meet U.S. Government Standards for fuel economy and emissions requirements. Advanced, lightweight materials such as plastics and composites also allow cars to enable new electronic and emission-control systems, without increasing weight in many cases. The redesigned parts can also make it easier for drivers and passengers to use these systems.

Automotive lightweighting was the focus for Toyota and BASF in a new project. Their goal was to reduce the weight of the folding third-row seat in Toyota’s fourth-generation Sienna. The Toyota-BASF research partnership paid off with the introduction of a new third-row seat back that is 30% lighter than the prior-generation seat. To reach its weight-reduction goal, the Toyota North America Research and Development Center in Saline, Michigan worked with BASF’s Performance Materials Division to design a new seat back to replace 15 heavy steel components with one lightweight, injection-molded part composed of polymer resin.

“The third-seat design is what I would classify as an enabling technology,” says Matt Parkinson of the Applications Development Engineering and Composite Technologies group at BASF Performance Materials. “It’s the first of its kind in the way it is designed without inserts, as a fully injected seat back.” 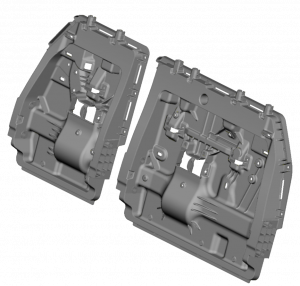 Computer illustration of the award-winning 2021 Toyota Sienna seat back

Using an advanced polyamide material with computer-assisted engineering and injection-molding production allowed BASF to build the new Sienna seat back more efficiently than the third-generation seat. BASF’s methodology allowed the structure to be produced as one piece, rather than as a set of component parts requiring post-processing and assembly labor.

The one-piece polyamide seat is not only lighter and simpler to produce, its strength and stiffness offer excellent impact qualities that help meet crash requirements and carry passenger loads. “One of the challenges was to ensure a high elongation and impact qualities for the crash requirements, says BASF’s Parkinson. At the same time, we focused on strength and stiffness because the seat also serves as a load floor.”

The new seat’s lower weight also benefits the customer by reducing the effort needed to raise folded third-row seats to their upright position. “Our new design has made lifting the seats much easier,” says Todd Muck, Senior Principal Engineer for Body Design at the Toyota R&D Center. “With the previous design, it would take more than 24-kilograms (53 pounds) of force to raise the seat. The new design requires less than nine kilograms (19 pounds) of force.”